Animals share with us the privilege of having a soul. — Pythagoras

The concept of spirit animals gets its origins from ancient animistic and totemistic beliefs about the world and our connection with it.

Totemism is a system of belief practiced by Native Americans as well as the Australian Aboriginal peoples and incorporates the idea that each human soul has a spiritual connection to another soul, be it plant or animal. The Kpelle people of Liberia, for example, possess animal, plant, and natural phenomena (wind, rain, etc.) totems that are thought to guide and protect them.

Animism is more of a worldview held by Buddhist, Shinto, Pagan, and Neopagan groups that all plants, animals, and objects have spirits. Despite skeptic’s statements dismissing such beliefs, we see that this worldview treats all humans, animals, and plants as being equal and interdependent on one another. To an Animist, it is clear that we are of Nature rather than being superior to, or separate from, Nature. This disconnect causes a destructive mindset in which we believe we are somehow masters of our world when we are really an integral part of it.  Look at the current condition of the planet with climate change and rampant global warming, the metric tons of trash and refuse that is choking Earth and creating deleterious conditions to thrive within, and the ways in which we humans are systematically destroying the very planet we depend on for life.

Philosopher Baruch Spinoza said, “The mind of God is all the mentality that is scattered over space and time, the diffused consciousness that animates the world.”

Albert Einstein added, “We followers of Spinoza see our God in the wonderful order and lawfulness of all that exists in its soul as it reveals itself in man and animal.”

For both people, “God” is not the deity characterized by holy books or religions around the world, but an Infinite Intelligence that governs the universe. This Intelligence may or may not have consciousness, but it follows a sort of “natural order” that makes it appear conscious, or what is called “natural law.” Natural law is defined as “an observable law relating to natural phenomena.”

The idea that we are all one is a growing belief system these days. Much like the idea of archetypes as created by psychologist Carl Jung and expanded on by mythologist Joseph Campbell in his book The Hero With a Thousand Faces, spirit and totem animals are archetype symbols found in nature. Jung believed that animals are sublime and, in fact, represents the “divine” part of the human psyche. He believed that animals live much more in contact with a “secret” order in nature itself and — far more than human beings — live in close contact with “absolute knowledge” of the subconscious. In contrast to humankind, animals are living beings that follow their own inner laws beyond good and evil — and is, in this sense, superior. 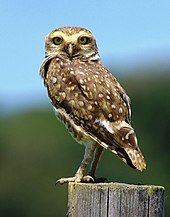 tutelary spirits) can physically and psychologically empower us. The Power Animal, like the Spirit Animal, is thought to lend its wisdom, attributes, and instincts to us in times of need.

How do we determine which creature is our spirit animal?

There are numerous ways to reach this conclusion. Dreams are one of the primary means by which we learn of the parts of Nature we are most closely connected to.

For example, last night I dreamt of a female mountain lion that came to me in the wilderness and, instead of acting aggressive and attacking, she came to rub her head against me and ask me to cuddle her. Her presence and actions brought a deep sense of empowerment to me, which carried over into my waking day. I sensed so many energies undulating and overlapping one another, like the dance of the sun in the sky. The Greek word for lion is “Leo,” which is represented in astrology by the Sign of Leo, ruled by the Sun.

The lion is an amazing balance of both female and male energy. The mountain lion is a totem of an eloquent and sublime solitary hunter, which doesn’t necessarily mean “predator,” but hunter of knowledge, as well. Also, the mountain lion spirit is the guardian of all that is precious. It possesses the concept of boundary-setting and natural resources (which I call “natural spirit,” as the word “resource” intimates that they are for human use, which isn’t true).

One can perform a guided meditation to determine a spirit or totem animal. There are oracle decks that help guide us in this direction as well. A shaman can perform a ritual to find out which power animal signifies your spirit.

made their presence known in many ways. At one time it was the Owl, as we had an owl that “adopted” me and the dogs while hiking in a nearby woods. It would follow us everywhere, to the point where it woke me in the night having landed on the railing of the balcony outside my bedroom window. We must make ourselves aware of our surroundings so that we’re able to see what the universe is telling us. Watch for repetitive encounters with the animal either in its physical or symbolic forms (as object or image).

You can read up on the subject, and reflect on the animal that stands out for you. Look at nature and observe your surroundings. Pay attention to animals and their behavior. Be attentive when an animal appears in your life in a way that is noticeable, when it has an unusual behavior; it may be a spirit animal trying to grab your attention

Totem animals can be mammals, fish, insects, or any living thing found in the natural world. They are present to teach us more about ourselves, our world, and how the universe operates.

If you’re so inclined, leave a comment with the process you used, and what the results were. If you already have a spirit, totem, or power animal, let us know what it is!