The magnetic field is changing like never before, and scientists aren’t sure what to do. 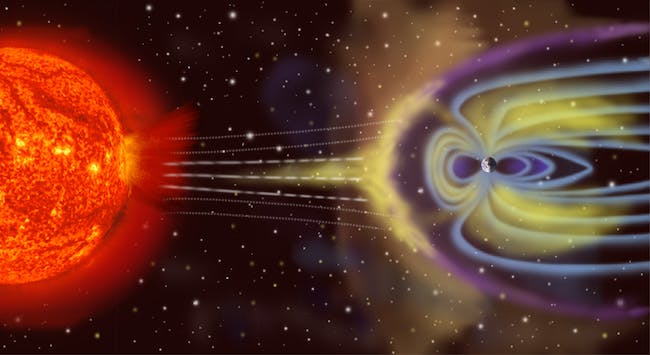 The Earth’s magnetic field has always been in flux, thanks to the changing patterns of molten metals in the planet’s outer core. But a new report suggests that this natural variability has taken on surprising dimensions since 2015. New geologic evidence shows that the Earth’s magnetic field is changing far more and more frequently than usual. It’s not great news news for crucial global networks that depend on its stability, like navigational instruments and satellite GPS, as well as natural phenomena like animal migration, and even the protection we receive against solar winds.

The report, published in Nature on Wednesday, showed that the Earth’s magnetic field is shifting so rapidly and unpredictably that it’s rendering the models on which our lives depend obsolete at a faster rate than ever before. Scientists, faced with the new rate of change, are scrambling to keep up.

Normally, scientists with the United States National Oceanic and Atmospheric Administration and the British Geological Survey get together every five years to produce a model of the shifting magnetic field called the World Magnetic Model, which helps technologists, researchers, and navigators around the globe maintain a shared map on which to base their systems. Since the WMM is only updated every five years, scientists build in some room for variability to account for subtle changes that will inevitably occur before the next update rolls out.

But so much has changed since the 2015 WMM came out that the world can’t wait for the 2020 update. As Nature reported, by early 2018 the WMM was already reaching unacceptable levels of error for navigation. Unfortunately, even the short-term solution is in limbo. With NOAA staff furloughed because of the government shutdown, the proposed short-term update is on hold for at least a few weeks.

The 2015 WMM was rendered obsolete almost immediately after it was released. As early as 2016, ESA Swarm satellites over South America showed some of the first evidence that the magnetic field was changing faster than expected. Then, in 2018, a phenomenon in the field between South America and Africa, called the South Atlantic Anomaly, weakened so much that it actually disrupted satellites as they passed through the region.

News of these two events raised concerns that Earth was about to undergo a total magnetic pole reversal, in which the north and south poles fully swap positions and thus wreak havoc on satellites, power lines, ocean currents, and animal migration. Concerns of a complete reversal in the near future have been dismissed as unrealistic, but some geophysicists have noted that the Earth is historically overdue for such a flip. Regardless, the shifts we have seen exceed the level of variability accounted for by the WMM’s wiggle room, making a fix more urgent than ever.

An interim update was meant to be released on January 15, Nature reported, but not long after publication the article was updated to state that the US government shutdown had pushed it back to at least January 30th.

The interim update will contain crucial information for international shipping companies, GPS-based app programmers, and everyone else — that’s all of us — who uses programs that rely on those magnetic maps. Fortunately, the researchers working on the short-term map have included data from the years since 2015, which include the major anomalies that knocked the 2015 WMM out of whack in the first place. The update should remain valid until 2020, barring any unforeseen irregularities. But as history has shown, irregularities seem to have become the rule, rather than the exception.